Elias is 4;1. He doesn’t draw very much, but when he runs across the book “Kinder lernen zeichnen und malen” – „Children learning to draw and paint“ (by Hanne Türk, Alex Bernfels and Rosanna Pradella, published by Christophorus Verlag), he developes an interest in it and likes the aspect of it being a step-by-step direction to draw.
It always begins with a simple geometric shape, continuing in numbered steps, up until the final drawing.

Elias chooses and picks out the images, he wants to draw and follows each step independently. All of these drawings are produced one after another, all in one afternoon. He enjoys what he’s doing and is happy about the outcome.

I will present in the following, first, the final sketch from the book and Elias‘ final drawing afterwards. 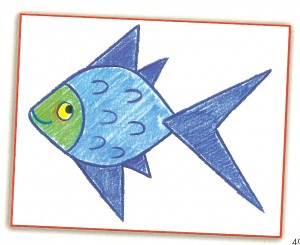 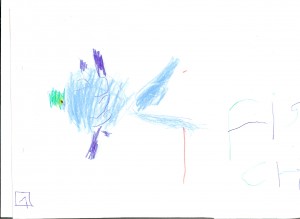 Elias is still tentative at drawing at this stage. He is yet adapting to the step-by-step system and making it „his own“.

Next, he chooses a tulip: 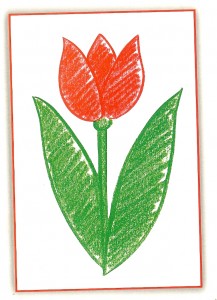 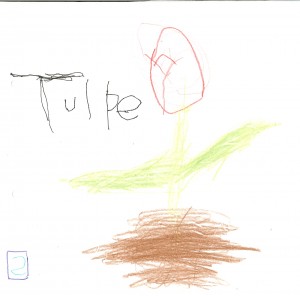 This time, it’s important for him to draw the earth, the tulip is grown in. 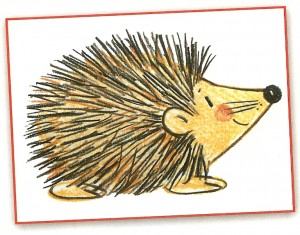 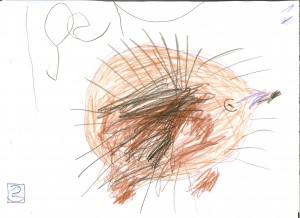 Elias seems not to have wanted to draw every single prick and spike of the hedgehog. This should suffice. 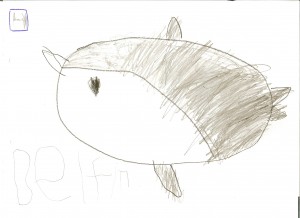 Concerning sticking to the order of the elements, Elias keeps with the original, as with the dolphin. Yet his drawing style remains quite unique – partially, because he is not yet able to draw each shape and attribute proportionately correct, and on the other hand because he allows himself a certain amount of creative liberty. 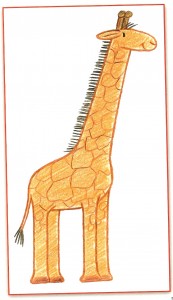 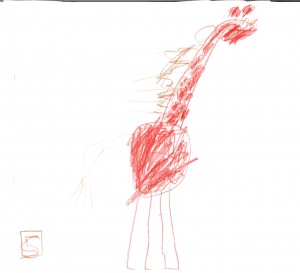 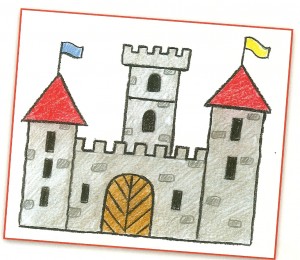 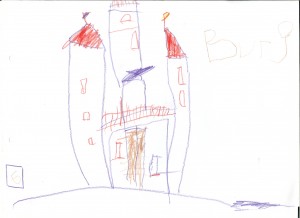 This quite intricate drawing came about when Elias’concentration seemed to dwindle. Yet he insisted on continuing to draw.
He required a few  suggestive hints, like „There are flags on the tower, as well“ or „The big gate’s still missing“.

The sailboat really seemed to get him going once more: 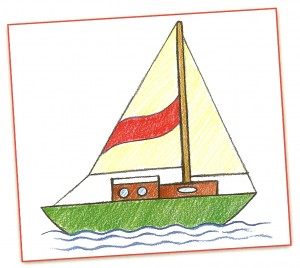 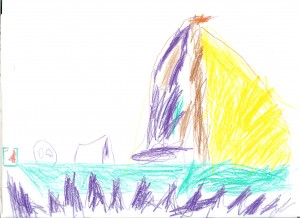 Since the front sail had gotten a big smaller than the original image, there was room for further constructions and a bit more tackling.
He decided, the sail should be more colourful, brighter and the waves wilder, which he indeed appeared to have accomplished.