In December all children had made some pottery. Little bowls and saucers had been crafted, but also sculptures – some pieces really were little works of art. They were the presents the children were going to give to their parents during the upcoming Christmas celebration at our kindergarten.

For drying they were all lined up on a broad windowsill in the adjacent room. We had an agreement that this windowsill was “taboo” for the time being, that you couldn’t sit, climb around or play on it, and that everybody had to be careful not to break any of the pieces.

Then, one day, there was a huge smashing sound.
A six years old boy, let’s call him Frieder, who had just had a major argument with his mother, had on top of it all got into an argument with his best friend at kindergarten. He ran out of the room and with a number of furious strokes of his arm he swept all the pottery off the windowsill next door. The Zivi had seen it all through the kitchen hatch, but was unable to save anything.

All the presents were trashed.

The children came running and stood before the pile of broken pieces, shocked. Frieder was actually admired by many of the children, but now we did not want to shield him from the group’s peer pressure. I took him aside and asked him, why he had done that. He put on his most defiant expression and said: “That’s why!” When asked: “Do you realise that all the presents for the parents are broken now?” He replied: “I don’t care!” – “Do you at all regret that this happened to you?” No answer, but a sense of awkwardness.

Frieder certainly understood the damage he had done, he was a smart boy. And I had no doubt he was already regretting it. But this was not just between him and me, but between him and the entire kindergarten group.

After a short consultation with the team we announced a carpet conference. Everybody was sitting in a circle, Frieder among them, his head hanging in shame. The other children were silent, only a few older girls were looking angrily at Frieder.

We asked and encouraged the children, one by one, to say what they felt about what Frieder had done, and to look him straight in the eyes while doing so.

“That was stupid”. “That was really mean”. “He’s got to repair it all”. (Frieder was quite aware that this was impossible …) “I’m never going to play with you again”. These were the most frequently uttered statements, which were repeated by other children, always with vigour and emphasis, and with a straight look at the culprit.

Needless to say that such a procedure is inadequate for children younger than five years, or for children who have newly joined the group and have little experience.

It was not easy to bear for Frieder.

At first he tried to play it cool. But when a few 3-year-olds took their turn, looking straight at him and telling him calmly and seriously that they were mad at him, and when, spontaneously, an older girl even proposed a penalty: “He can’t come to the Christmas celebration”, he started to cry. He finally understood that he had kicked himself out of the group, and that was painful.

So now he needed protection by the kindergarten teachers: I sat down behind him, hugged him (and he leaned back at me) and I said: “No, there is no such penalty. Of course, he is going to celebrate with us. But the other children who haven’t said anything yet should tell Frieder what they have to say too.”

The last children hit a more conciliatory tone, they had seen Frieder’s sadness after all: “Me too, I think it was stupid that you did that. What are we supposed to give our parents now?” And the last remaining statements focused more on that latter point. But even the most sweet-tempered children expressed their disapproval clearly.

I asked Frieder once more whether or not he regretted to have smashed all the presents and he nodded, sobbing. The children seemed to accept this as an apology of sorts and their expressions became friendlier.

At the end we picked up the statement: “I’m never going to play with you again”. That might be a little too harsh and premature – just because you made a mistake you shouldn’t be losing all your friends; maybe, after the shock was over and the anger had settled, one could play with one another again, I suggested. That made the children think.

Eventually we told the children that we would try to get another load of clay and that everybody could make a new piece.

Afterwards I talked to Frieder separately in order to see how he was dealing with the group’s pressure. He was still emotionally shattered, but he also said that he understood why everybody was mad at him, and that he would much rather not come to kindergarten the next day.

I told him not to worry too much. After all, the children had seen that he was sorry. I would however recommend that he did not join the children when they made their new pieces of pottery, and to suffer not having a piece of pottery for his parents. (He was a talented artist and drew a very beautiful picture for his parents. When they asked him why he had a different present he admitted with deep regret: “I broke everybody else’s present and then I couldn’t join them any more, when they made the new pottery”.

Of course, we had immediately notified the parents of the incidence via telephone so that they would not be confused about Frieder’s sad mood, and we asked them only to discuss the matter if Frieder himself brought it up. We pointed out that it was an internal matter within the group, which had already been dealt with. The parents knew our principles and complied with our wish.

The next morning I overheard Frieder’s best friend tell him in a chummy tone: “That was really super stupid of you. I was mad at you all day.” Then they walked off together to play. The other children acted normal again. Only when it came to making the new pottery the issue came up again. But Frieder was smart enough not to get involved and kept low key.

The children, however, learned that, if a group is not dysfunctional,
one does not have to be either a dumbfounded victim or a culprit getting away with everything.

“Zivis”, Zivildienstleistende [civil servants], were quite common in Germany until the end of 2011.

These were young men who had refused to follow the military draft on conscientious grounds. If their application [to be acknowledged as a conscientious objector] was approved, they no longer had to “serve” in the military, but instead were drafted for civil service. This service could then be performed at hospitals, rest homes, rescue services, Meals on Wheels and other social services, and by that token also at kindergartens.

At our kindergarten we managed to employ a civil servant at all times. This saved us kindergarten teachers from having to take care of a number of household duties, freeing time for pedagogic work. It also made us more flexible when planning excursions and expeditions, since the legal requirements regarding supervisory duties were much easier to meet with an extra adult. 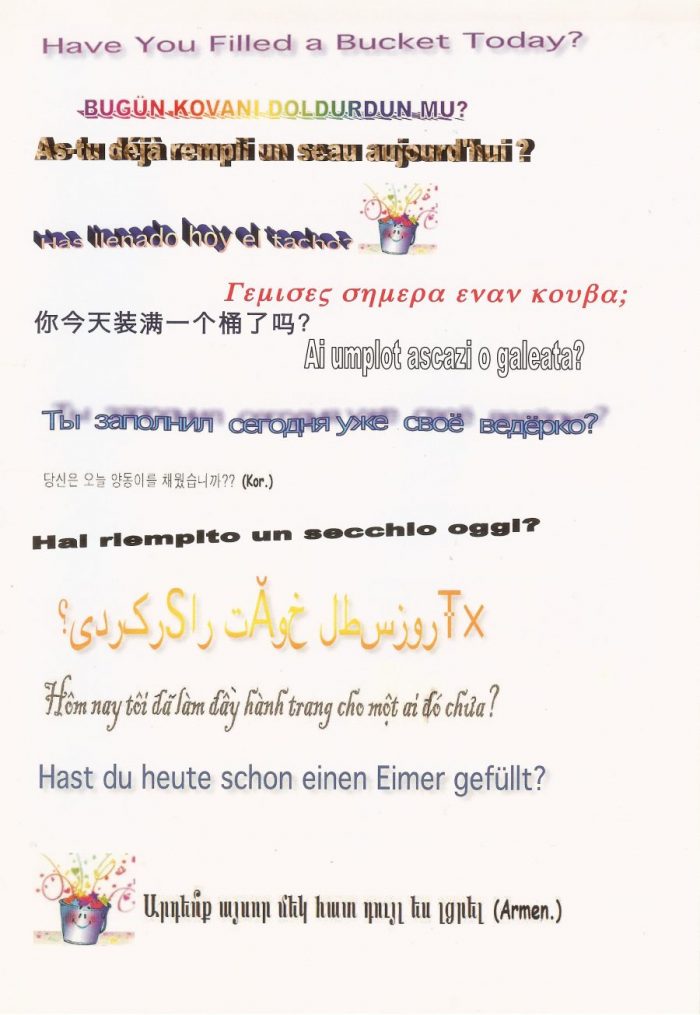 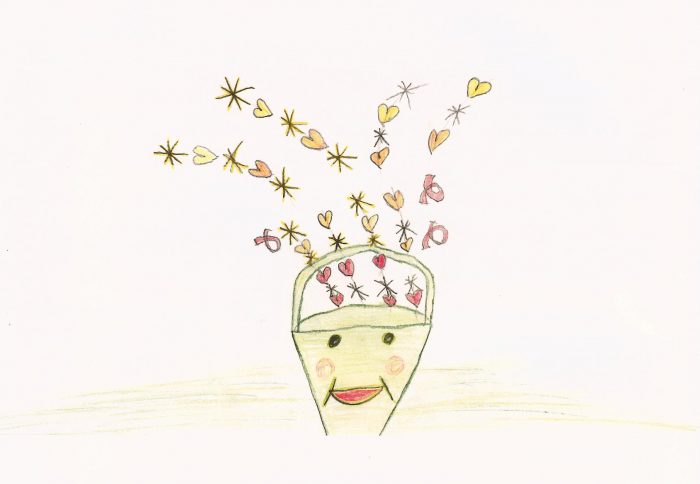 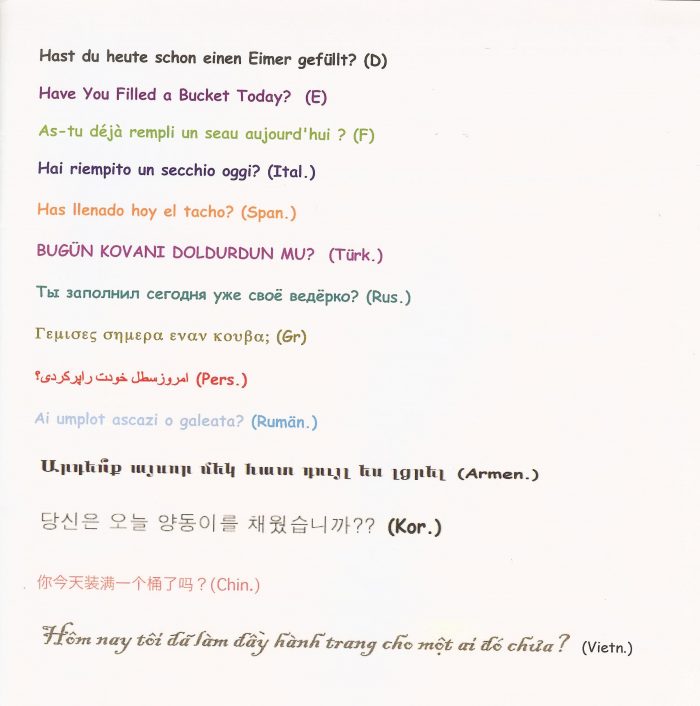 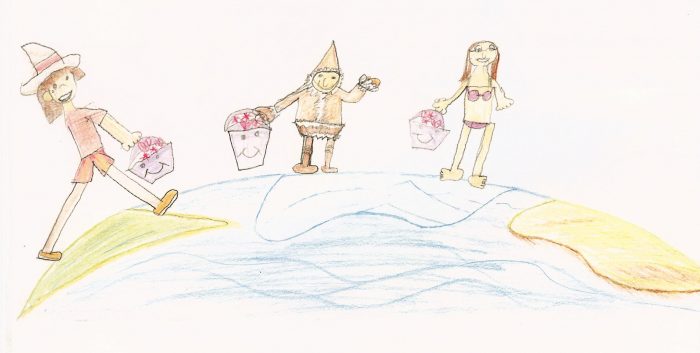 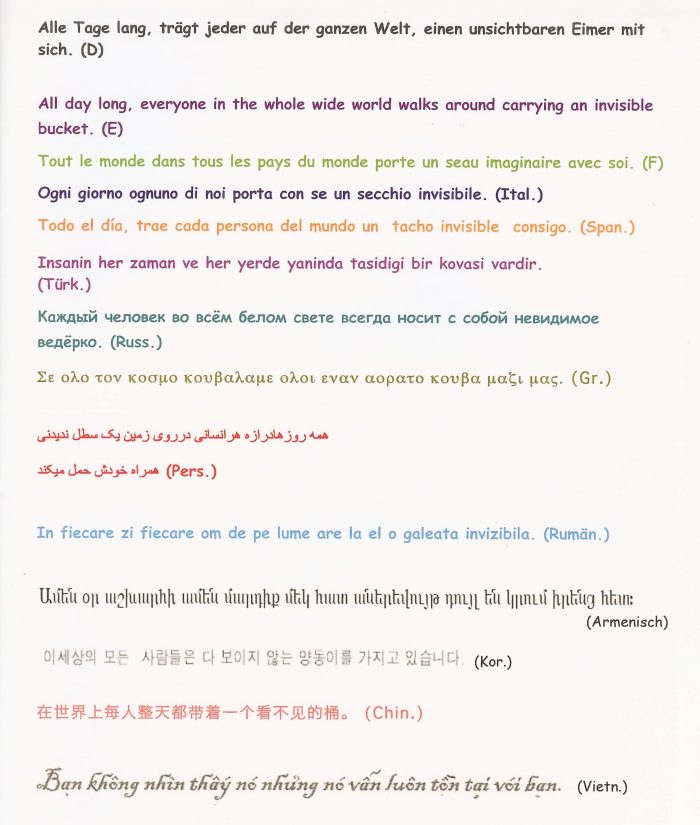 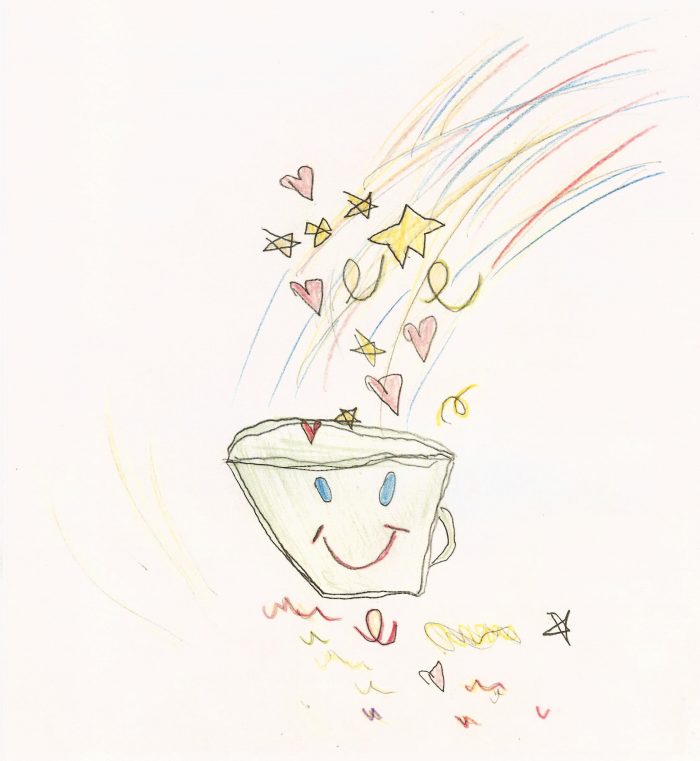 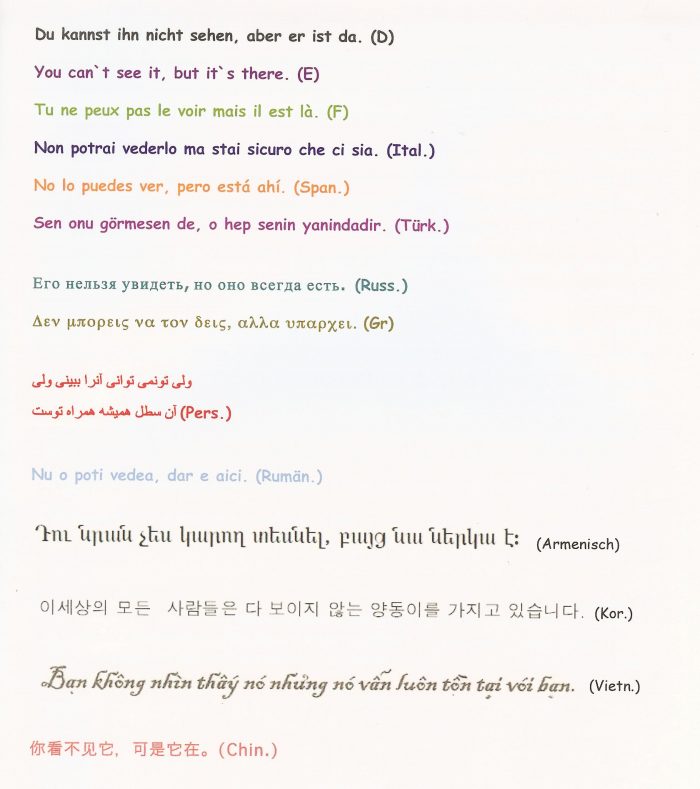 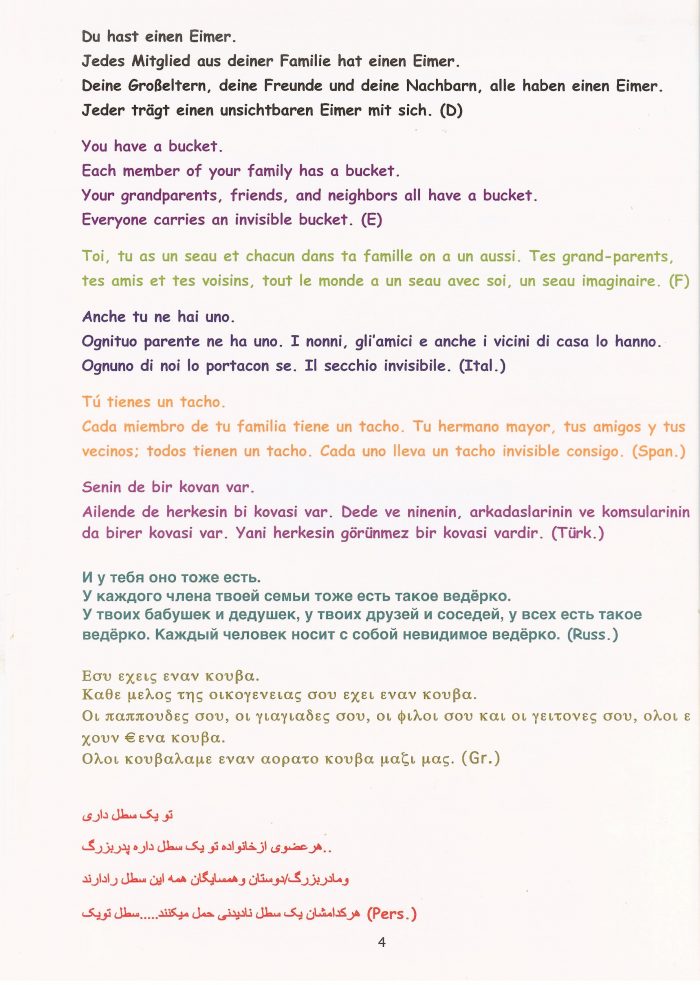 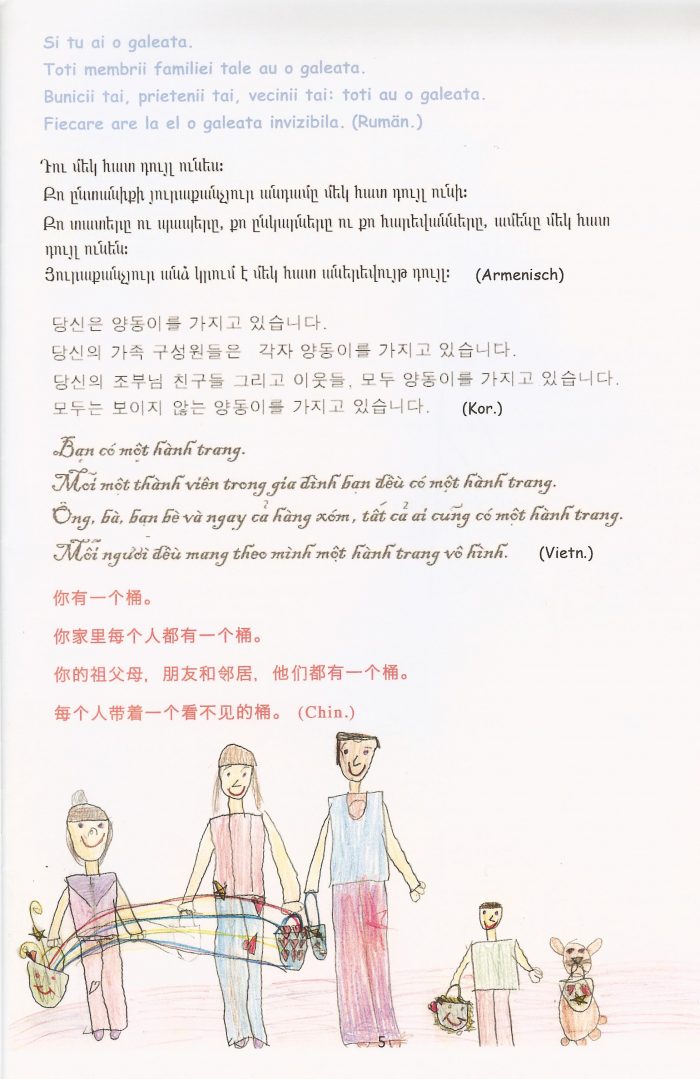 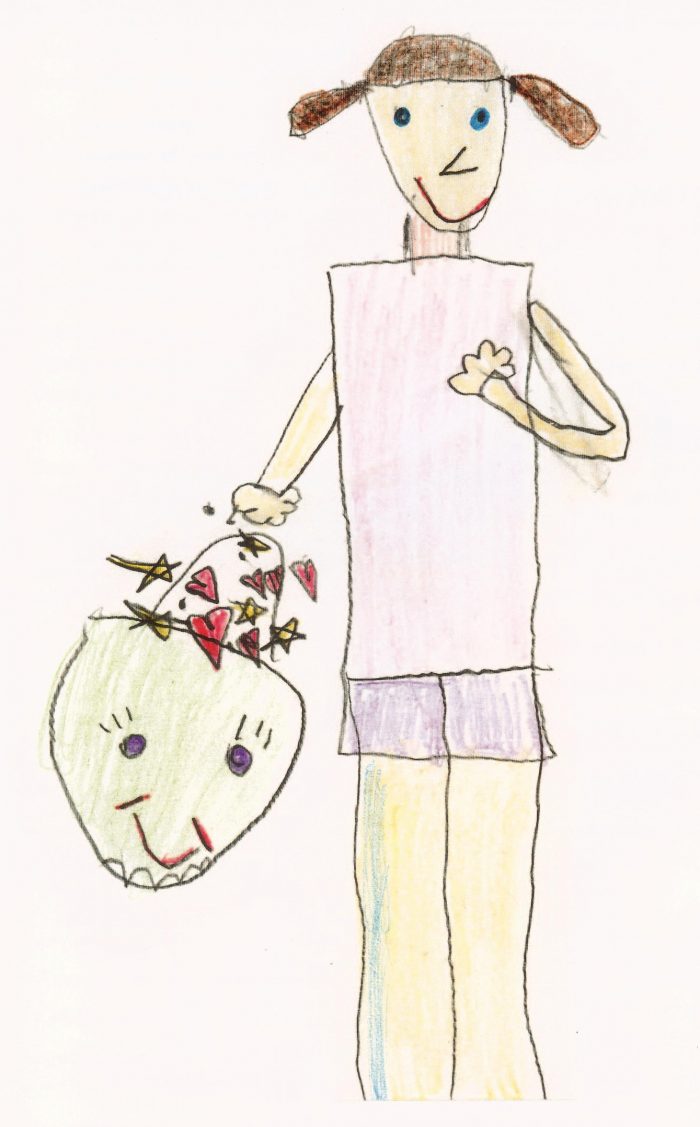 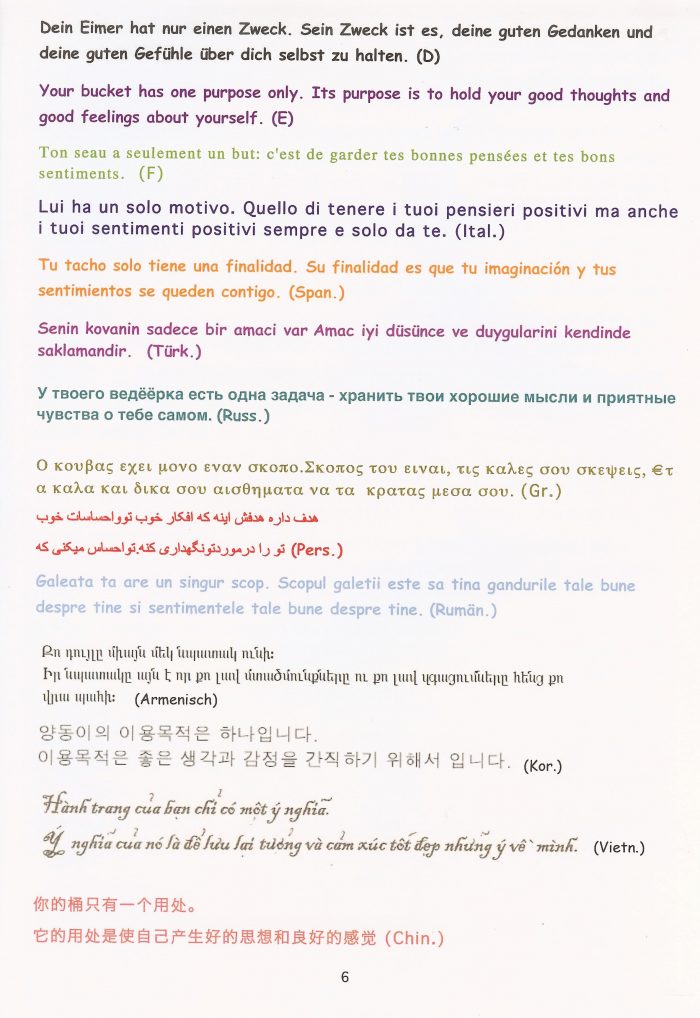 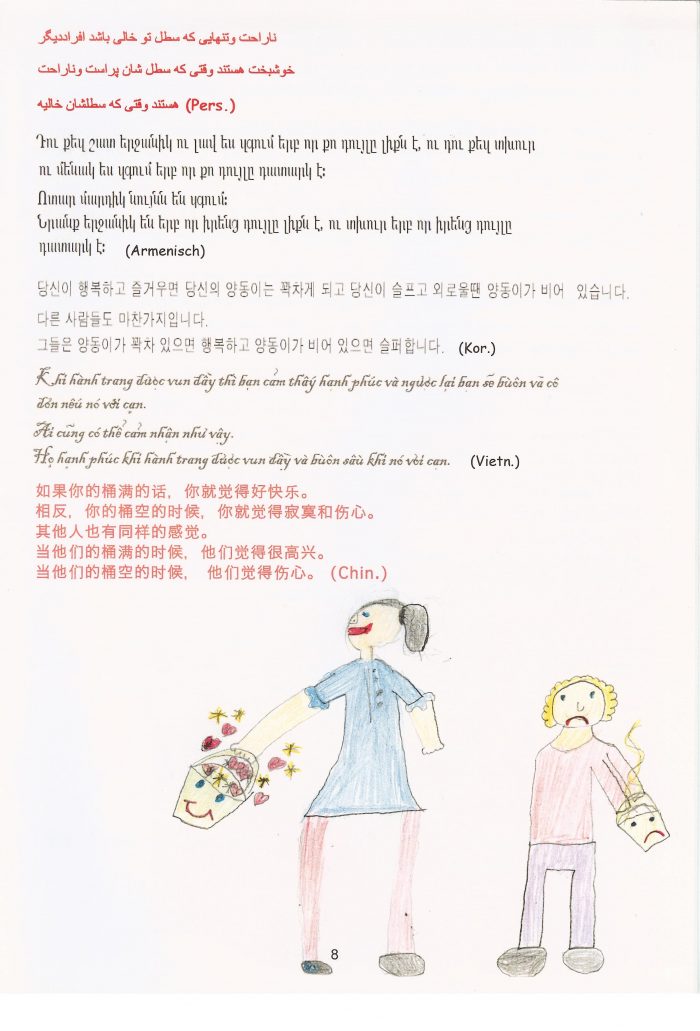 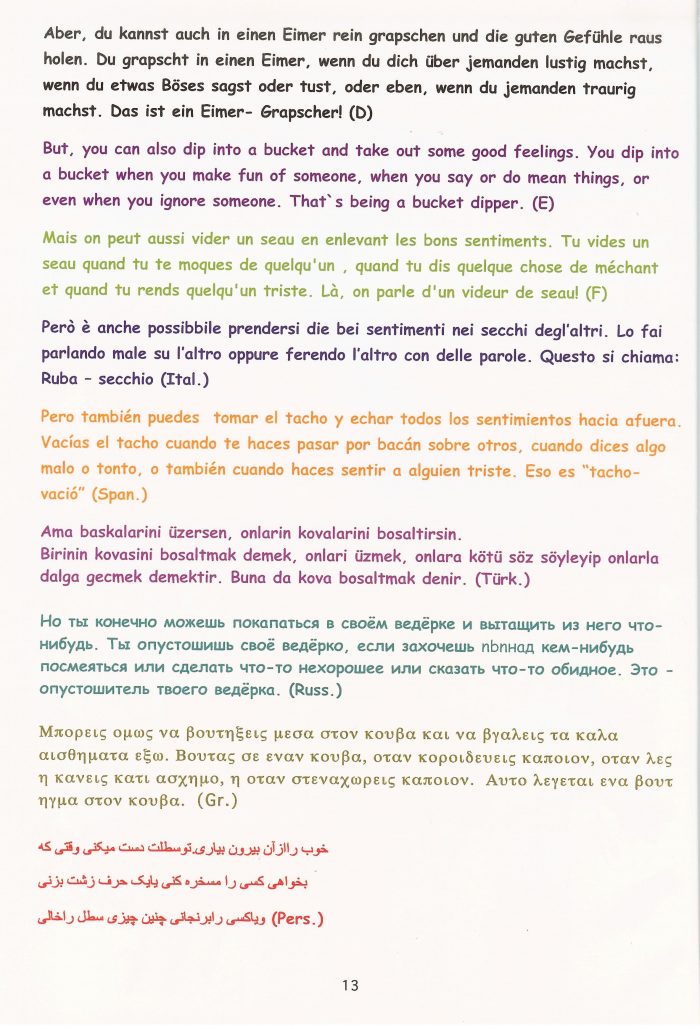 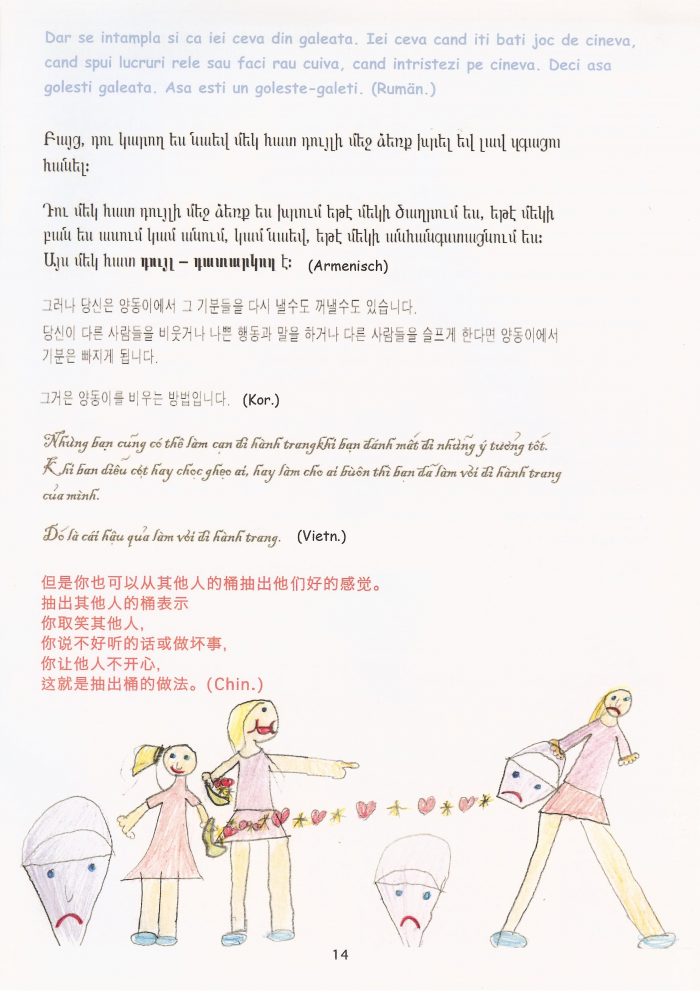 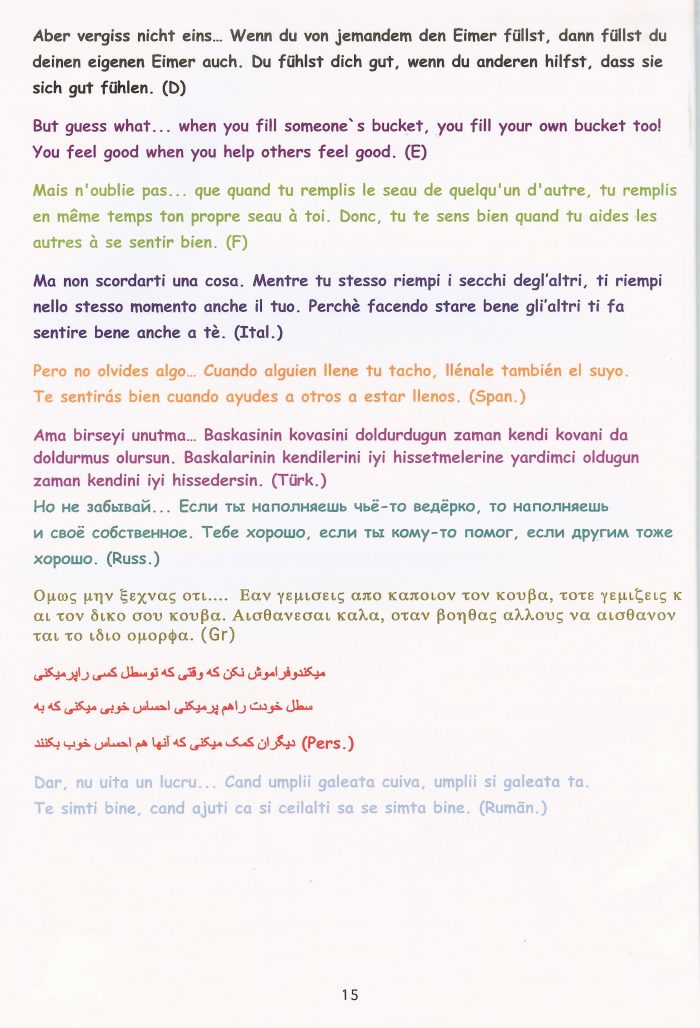 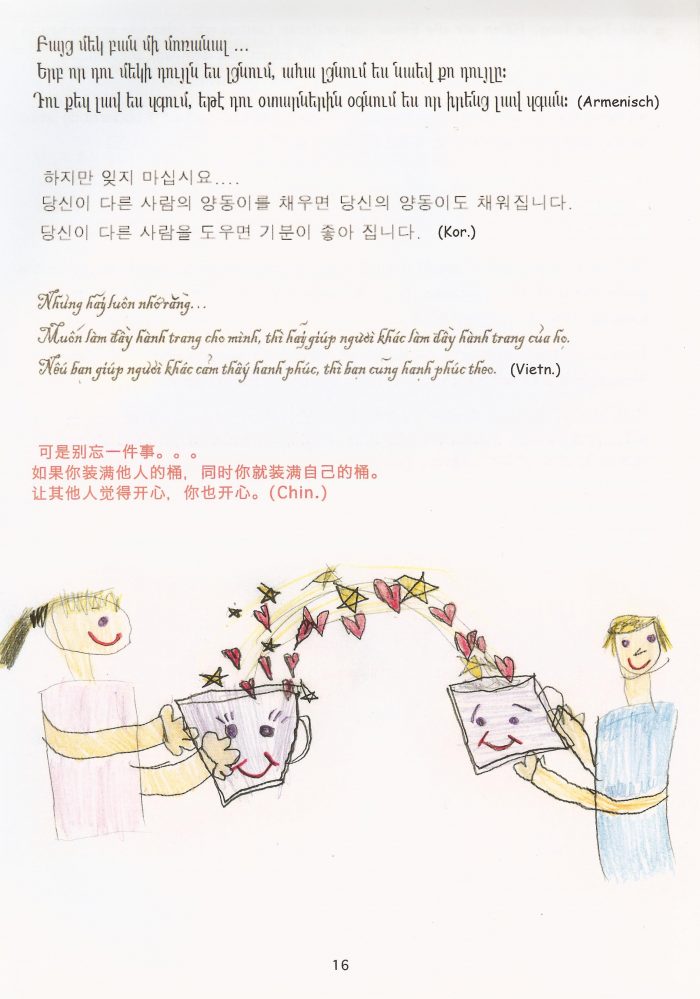 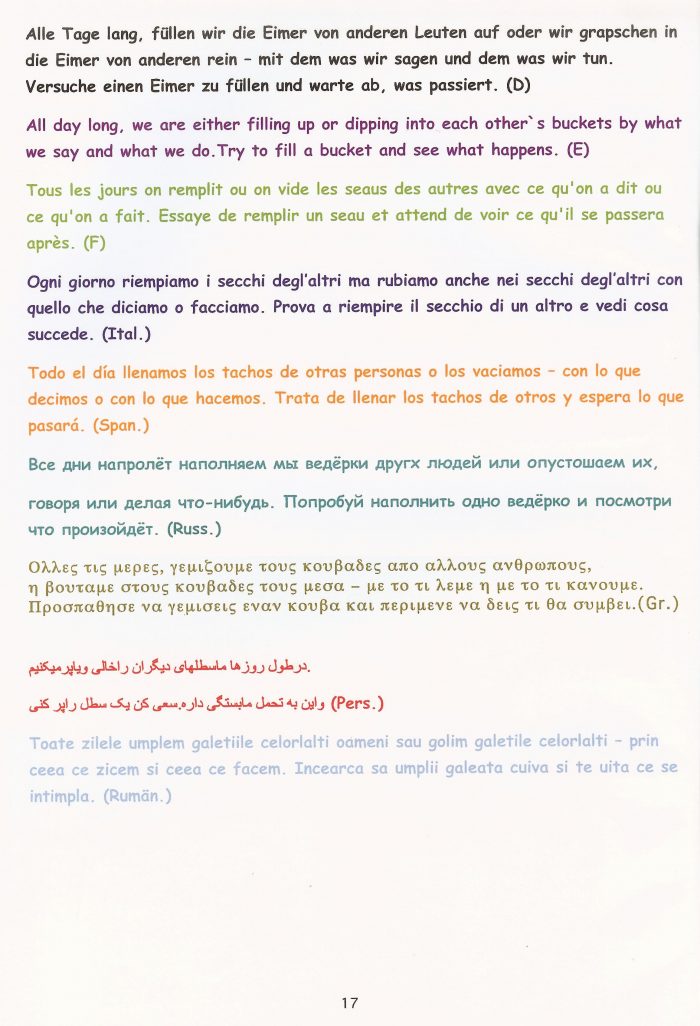 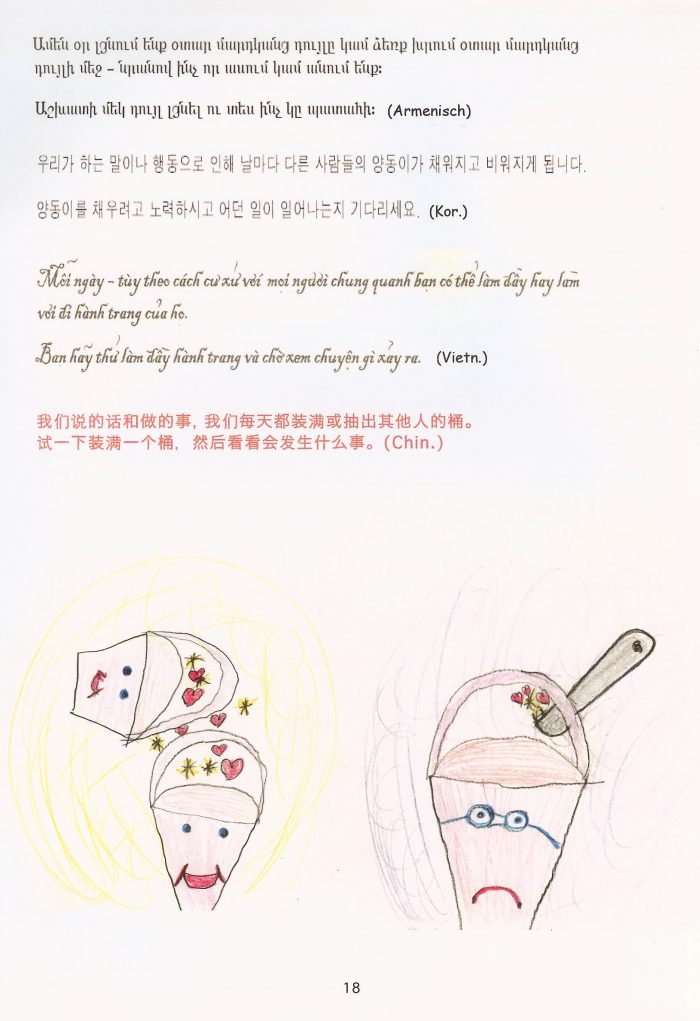 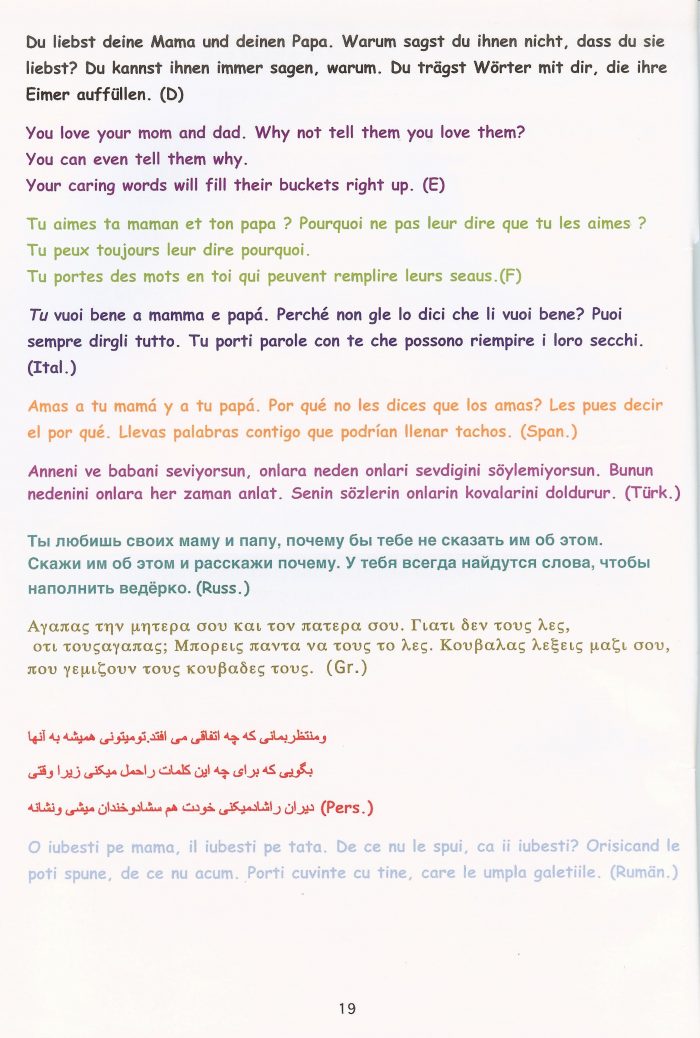 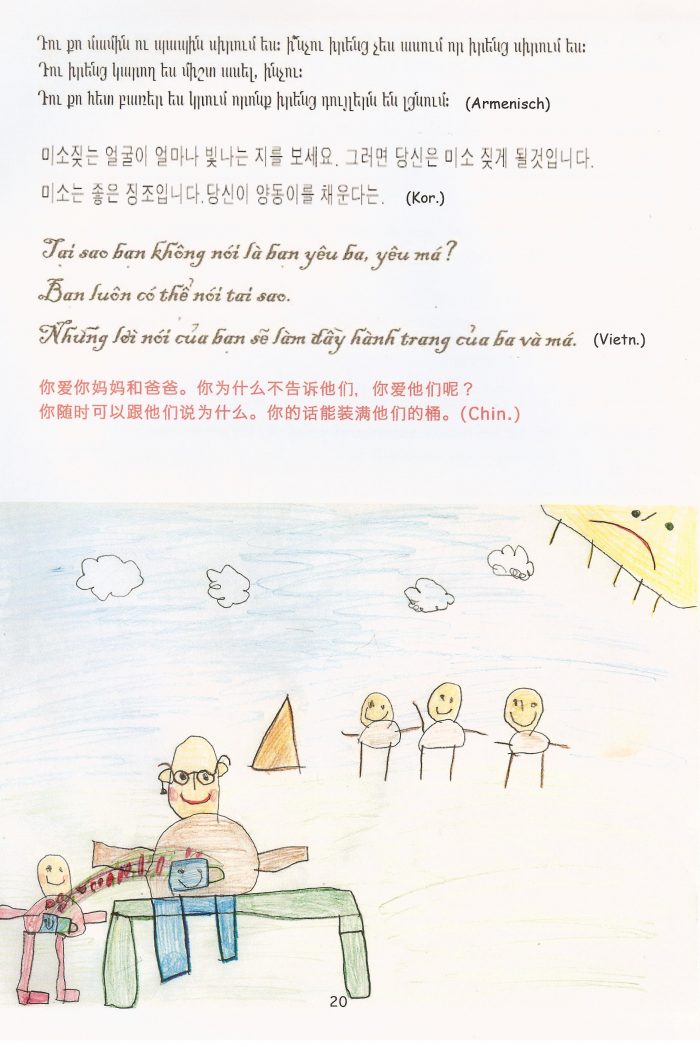 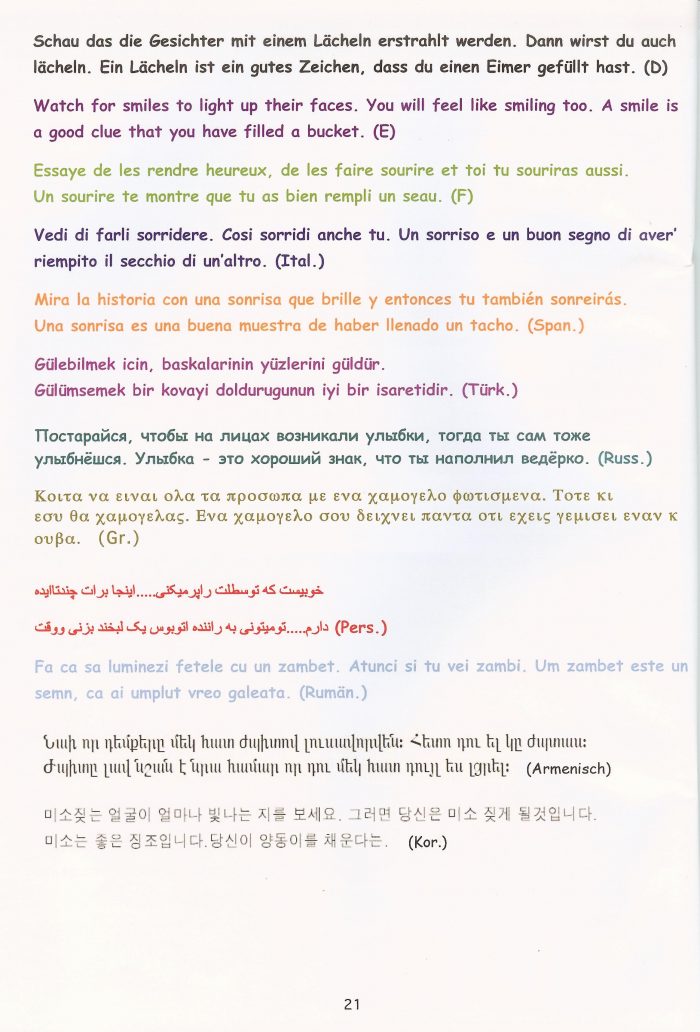 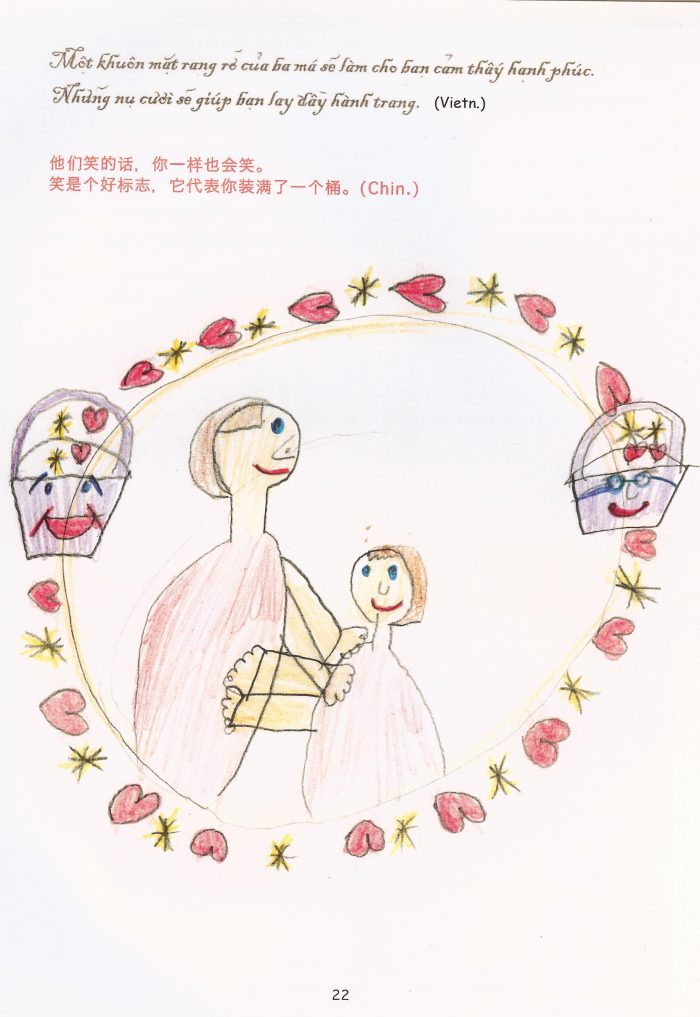 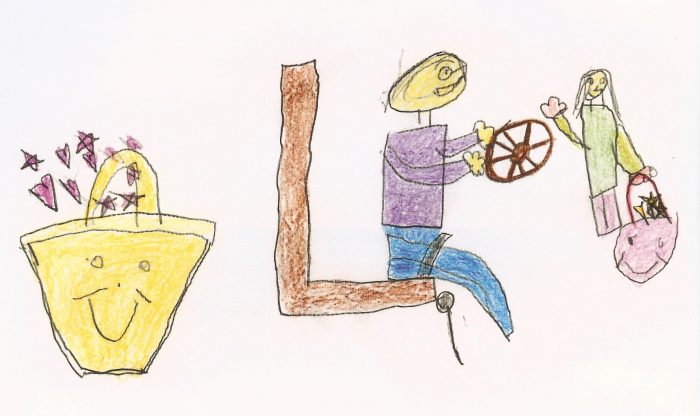 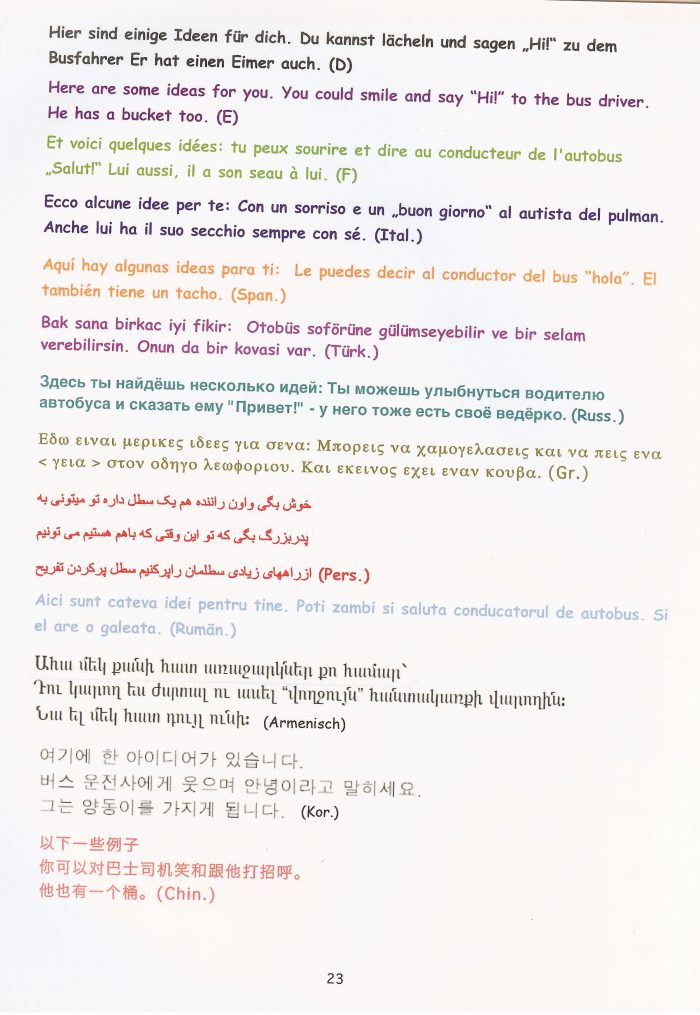 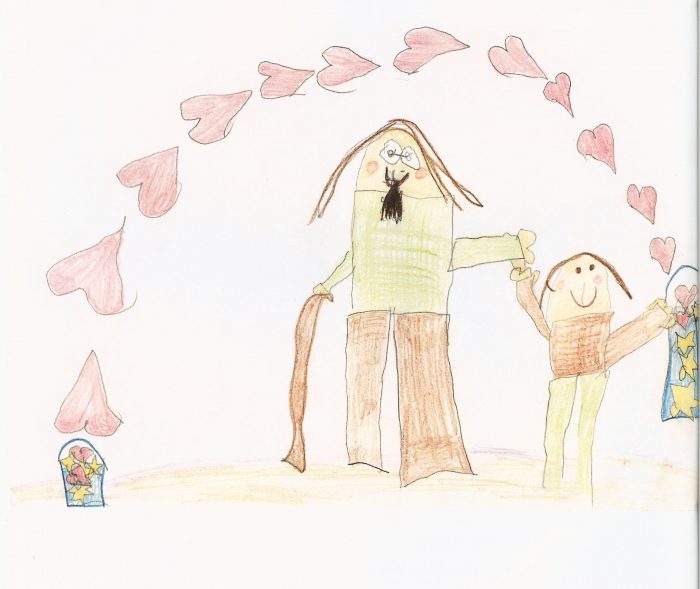 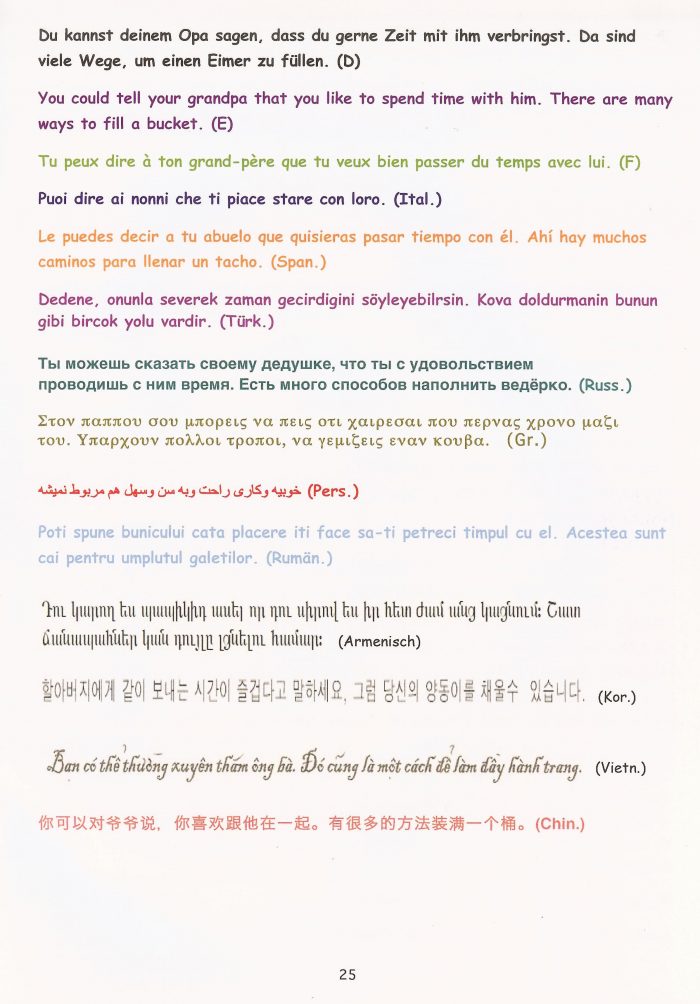 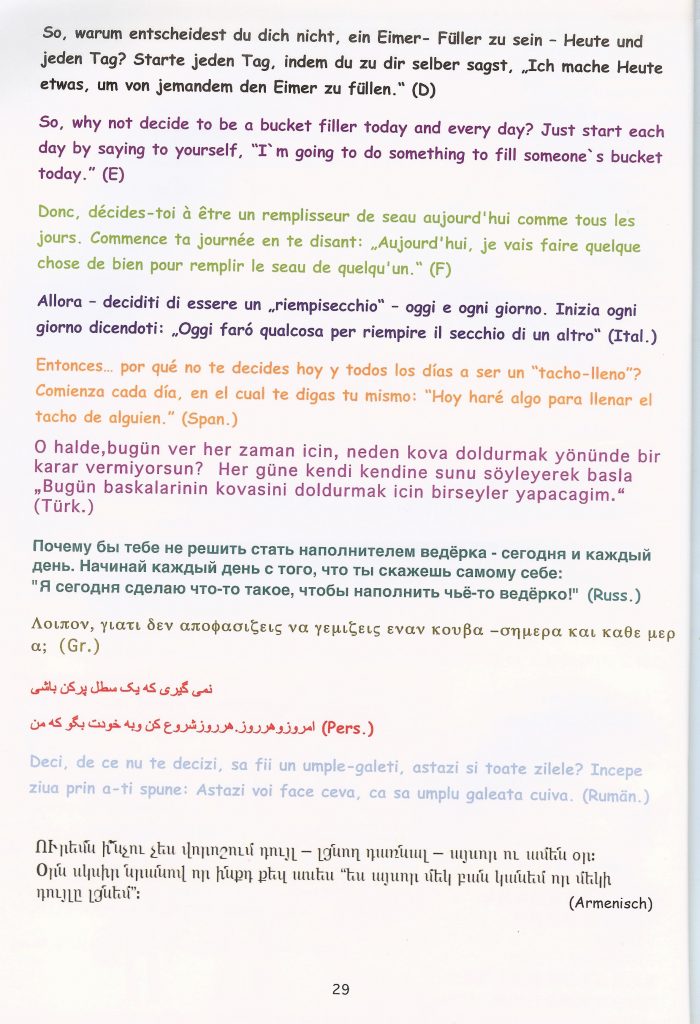 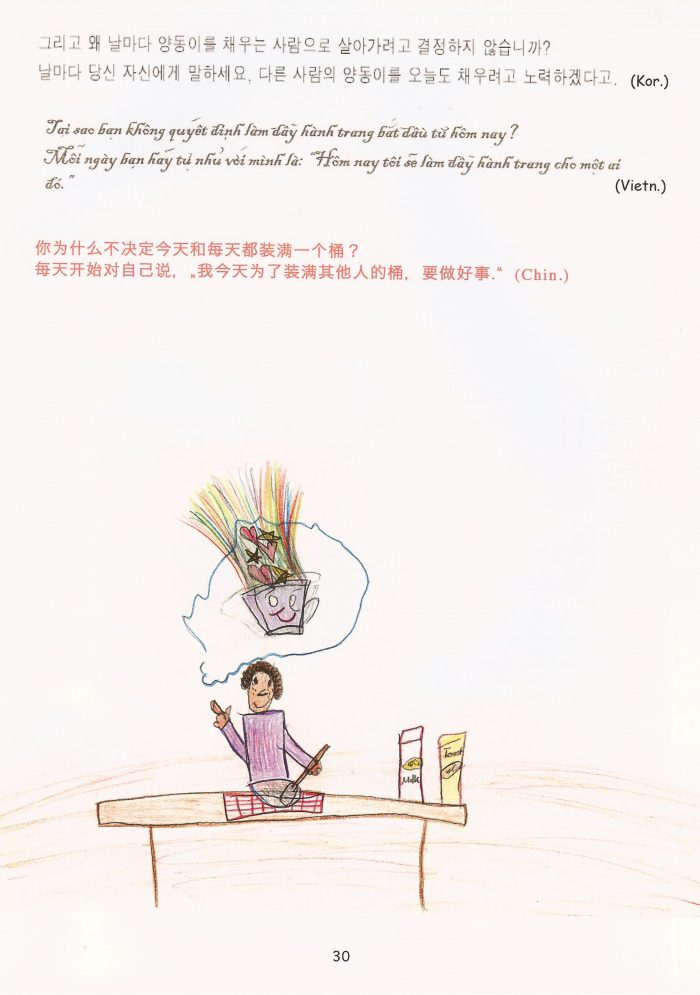 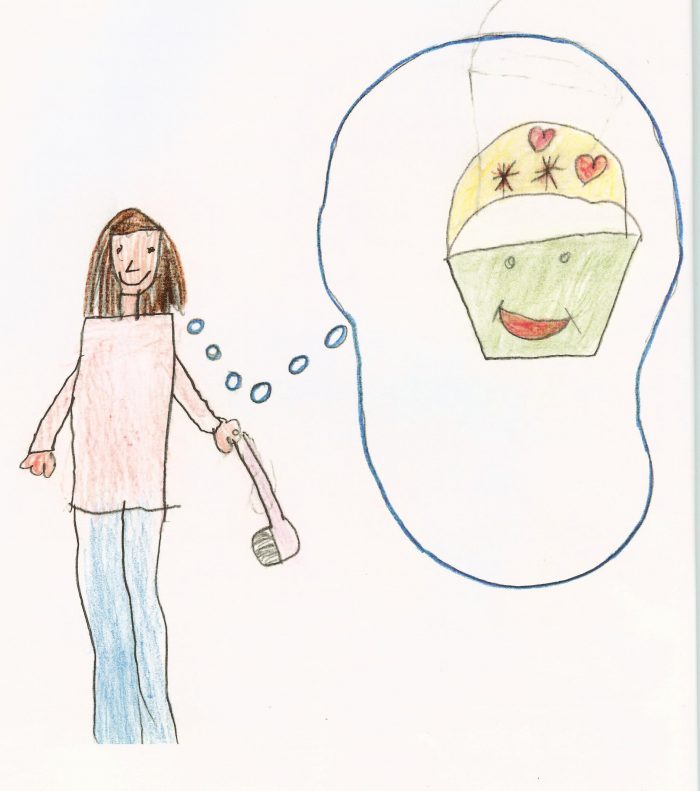 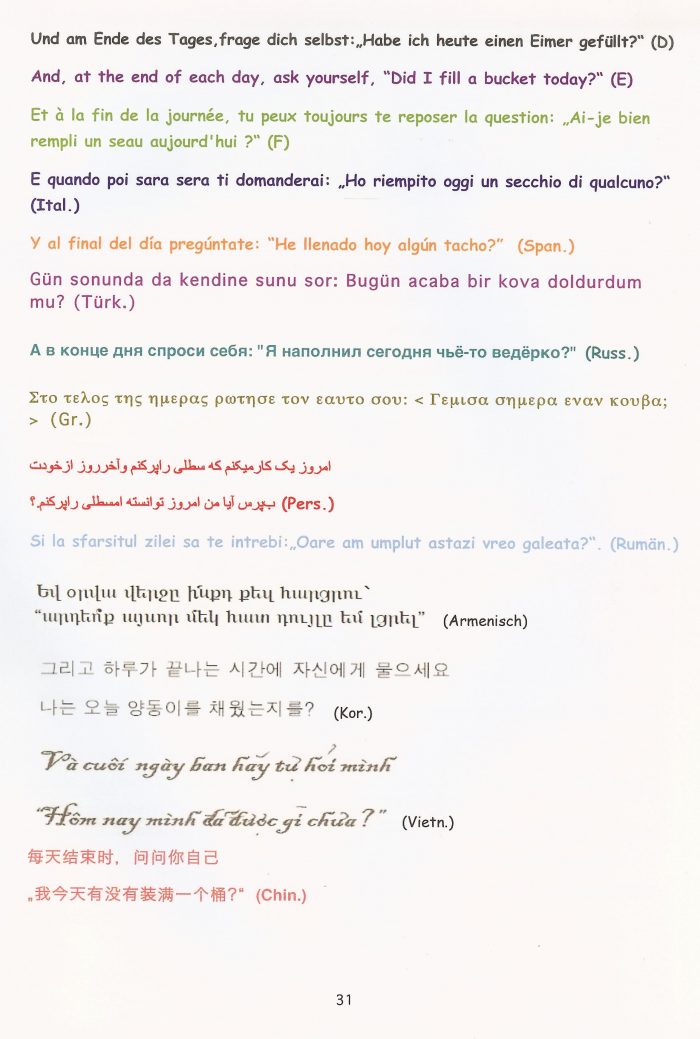 We regularly took the pre-school children on a trip downtown. On the way back we came by an ice cream parlour. As there was always so much to discover on our excursions and expeditions we hardly ever made it back in time for lunch and got hungry on the way.

Thus it had become a ritual (and the children had eventually come to consider it a customary right of theirs) that we would drop in at the ice cream parlour – for the fun of it, but also to take the edge off our hunger. In order to avoid tedious negotiations and discussions or even whining, we had come up with a rule: one child/one scoop, one adult/two scoops. The children agreed on the adults’ double portion “because adults have bigger bodies”.

There were always those children who would brag about getting three, four or even five scoops of ice cream when they were with their parents, but everybody understood this had nothing to do with our kindergarten rules. The advantage of the one-scoop-rule was also: the children would start thinking well ahead of time about what flavour they wanted.

We had always had a very stress-free and joyous ice cream stop-over and still enough appetite for a warmed-up lunch. One of our civil servants, however, thought he could bypass the rule by buying three scoops extra with his own money. Five scoops! Our self-confident children, always worried about fairness, were not going to tolerate this and demanded that he throw three scoops into the garbage. They teamed up and harassed him until he finally submitted to their request and got rid of three scoops. He never tried to pull this one off again.

For a few days, he indeed did not forgive me for not taking sides with him, but eventually he understood. Above all though, the children had experienced their collective power and accomplished to defend a rule they had found to be successful.

All this is by no means to advocate asceticism (outside of kindergarten I often have three to five scoops of ice cream) – it is just simply a wise rule that helps maintaining peace among the children.